The legend of Santa Claus and Saint Nicholas of Bari.

Is Santa really just a legend? Like a lot of legends, this one also has its foundation on facts that really happened, based on a person who really existed: Saint Nicholas of Bari, Bishop, patron saint of archers, sailors, children, spinsters and… pawnbrokers!
Saint Nicholas was famous for his generous gifts to the poor, and this must be the reason why he ended up becoming Santa Claus.
After all, think of the similarity of the names, from Saint Nicholas to Santa Claus is a short step.
Saint Nicholas is celebrated on December 6 and therefore we’re talking about him today.
In many European countries in fact, Santa brings his gifts to the children during the night between the 5th and the 6th of December, and puts them in socks that the kids hang before the fireplace.
Where does this tradition come from? It comes from “the miracle of the dowry of the three maidens”.
The story tells us about this man who was once rich, but he lost his fortune.
He had three beautiful daughters, but now impoverished, could not provide them with a conspicuous dowry which could have gotten them a good husband.
Their virtue was at risk and they could have ended up being sold into slavery or worse, prostitution could have been the only way for them to make a living.
When Saint Nicholas heard about this, he decided to help. He came from a rich family, so he had the money that was necessary to this man and his daughters. 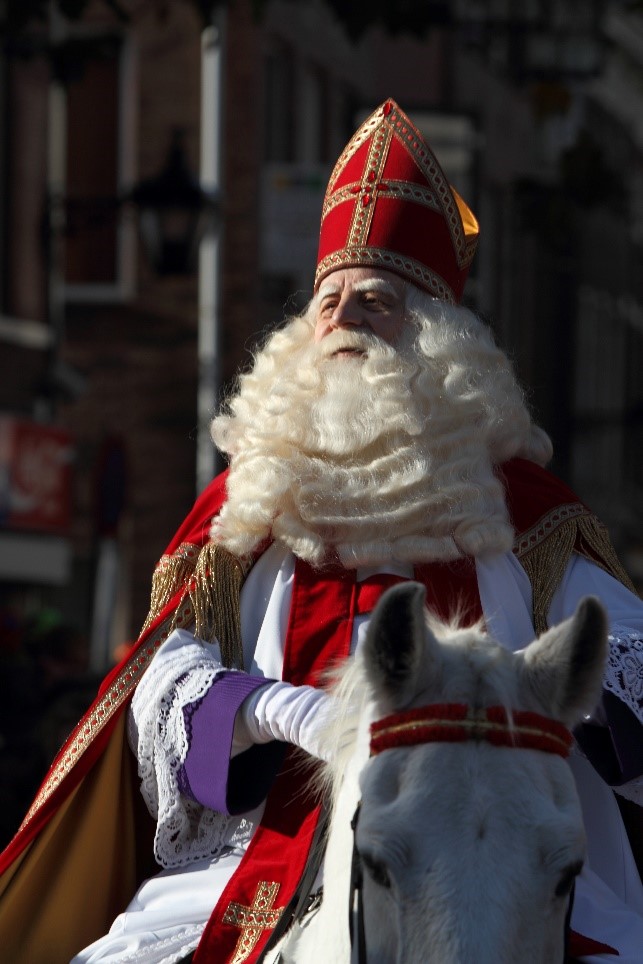 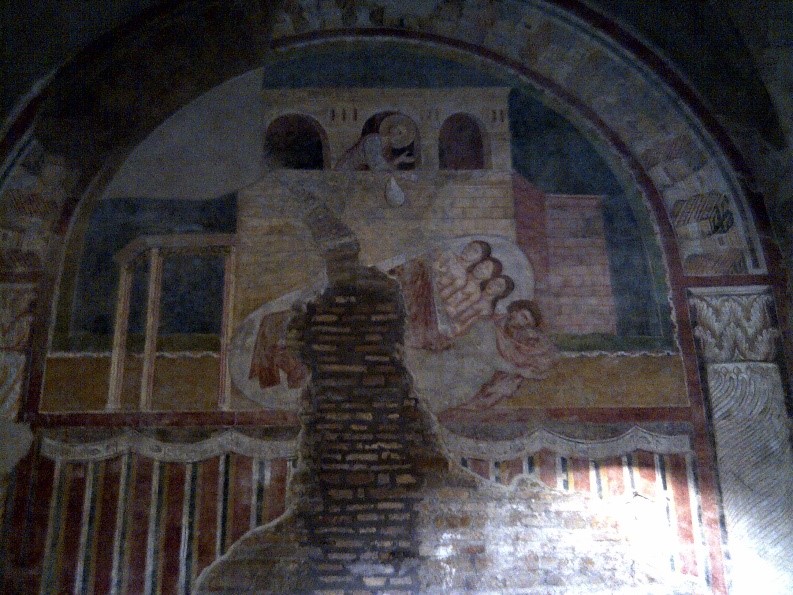 The Miracle Of The Three Maidens
This fresco painting, done by an anonymous artist in the 13th/14th century, representing Saint Nicholas dropping a bag of gold into the house of the Three Maidens, is housed in the church of San Saba on the Aventine Hill in Rome.

He wanted to donate the money, but anonymously, so he went to the man’s house during the night and, while the man and his daughters were asleep, from an open window he tossed a bag of golden coins into the house. It landed into one of the socks that the girls hung by the fireplace to dry.
So, the first daughter could get married. Not too long after this episode, another bag of gold appeared in the man’s house, and the second daughter now could marry. The man was really curious about the secret benefactor, so he stayed alert to find out and caught Saint Nicholas as he was about to flee after dropping the third bag of gold. Saint Nicholas wanted to remain anonymous, so he begged the man to keep the secret but, since the story is well known, we can tell he didn’t keep his mouth shut! Another similarity between Saint Nicholas and Santa Claus, is the way they both dress. St. Nicholas was a bishop and rich, so he was always represented wearing expensive clothes, a red robe edged with white ermine. Well, after all this, prepare your socks by the fireplace, as you could find something inside them tomorrow morning! 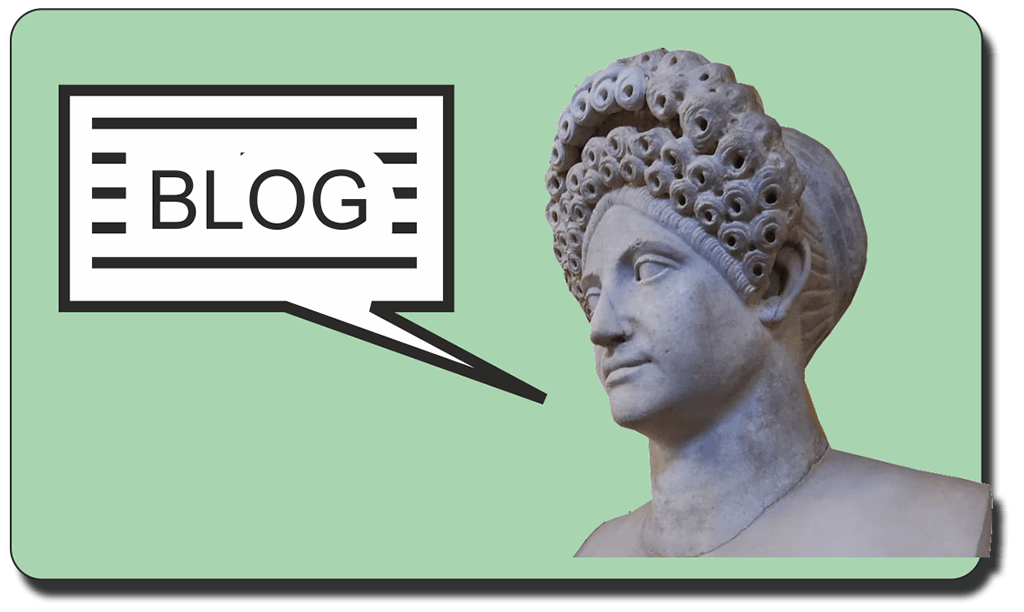