This time we would like to talk about marble.
It is well known that the Travertine rules in Rome, it became the preferred building material at the time of the Emperor Augustus. According to Suetonius, Caesar Augustus, when assessing his rule, said: “I found Rome a city of bricks and left it a city of marble”. Even though practically the entire city was built with this marble at the time of the Roman Empire, it would be trivial to talk about it. Yet, other kinds of marble have been used in Rome, marbles that were not used in large quantities either because the quarries soon ran out or other reasons.
The kind of marble we are narrating about in this blog is the “Cottanello” variety.
The quarries are located near the city of Cottanello, hence the name of the marble we are talking about. 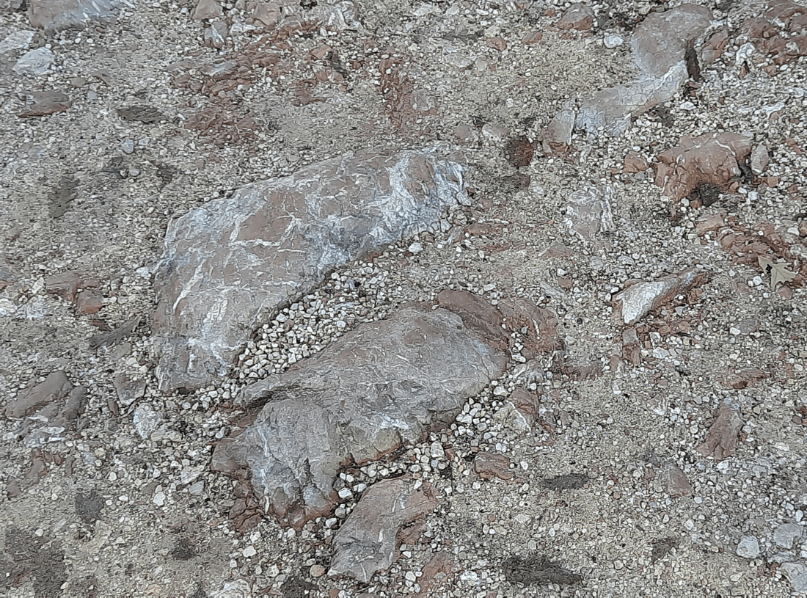 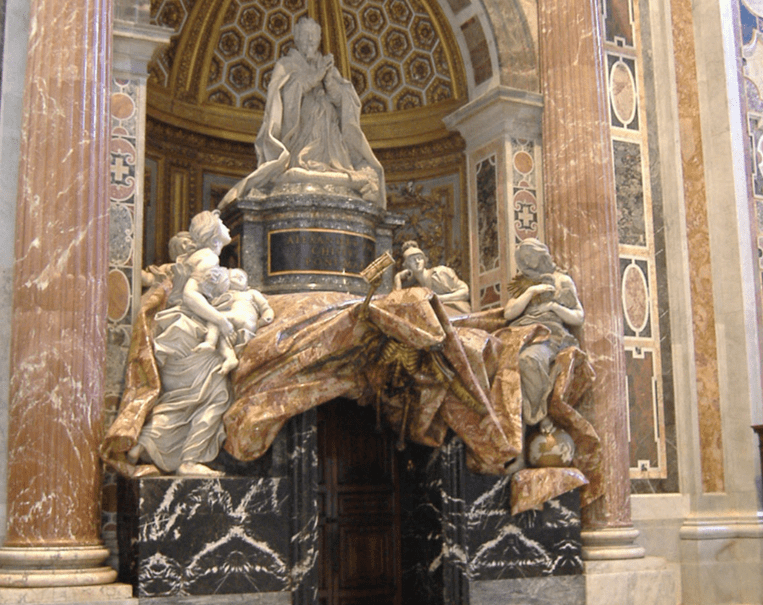 Cottanello is in the “Sabina” region. Remember the famous “Rape of the Sabine Women”? Well, this is the area the Sabine Women came from. Today, this area is famous for its production of excellent olive oil. Though it shouldn’t be really called marble for its characteristics, as it is more of a limestone, it is defined as marble for its beautiful chromatic appearance and polishing aspect. The prevailing colors are pink and reddish brown, with white, yellow, or gray veins often intertwined to form a network. The Cottanello presents considerable differences in color and structure, as can be seen where it has been put in place. It has largely been used to make columns, balustrades, various coatings, and decorations. Touring Rome, you often see this marble in museums and churches. You will see craters, funerary urns, and other finds, from the days of the Roman Empire, made of Cottanello in the museums. While in the churches, and particularly in Saint Peter’s Basilica, you see Cottanello columns, balustrades, and other decorations.

Even in Venice, which is 400 miles away from these quarries, in a little square next to San Marco, the Piazzetta dei Leoncini, they have two lions carved out of Cottanello marble.

But you’ll also see it on the floor when you visit some of the many ruins of the Roman Empire in Rome itself and surroundings.
In particular, the famous Gian Lorenzo Bernini, who loved this material, wanted 44 columns of Cottanello to be placed on both sides of the altars inside Saint Peter’s Basilica.

Today, especially to those who think they’ve seen everything in Rome, we warmly suggest taking a trip to Cottanello. After all, it’s just a little more than an hour away from the big metropolis but, making a small detour, you can combine your excursion to the town and abandoned quarries of Cottanello, with a visit to the famous Farfa Abbey and a nice lunch at one of the many genuine restaurants in the area. 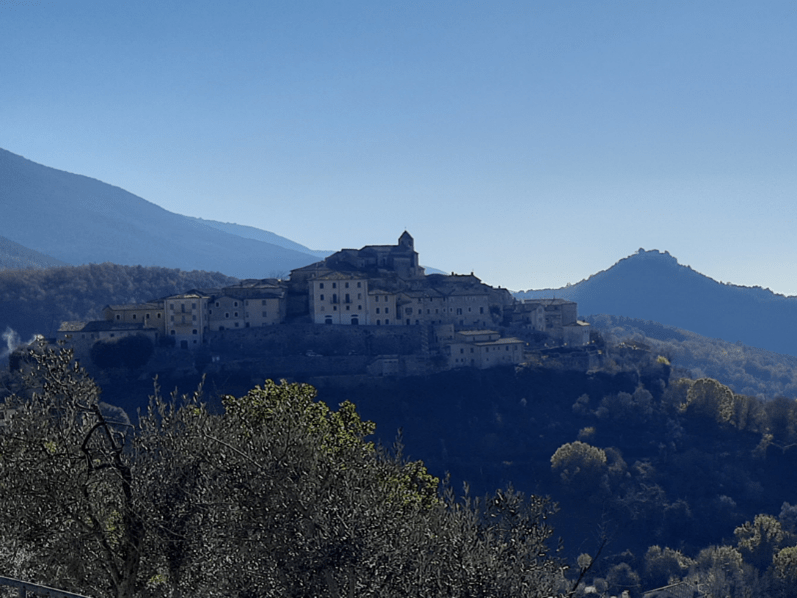 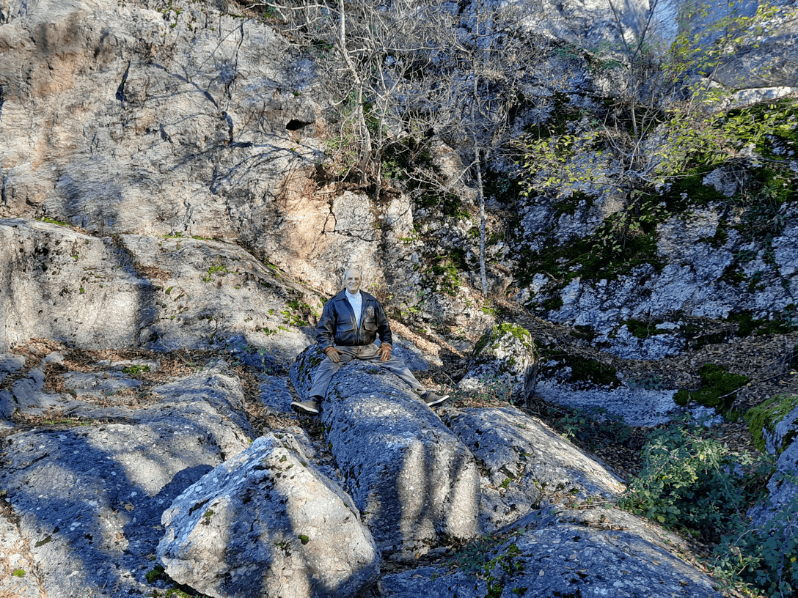 Another thing to see in Cottanello is on the outskirts of the village, the Hermitage of San Cataldo, built by the Benedictine Monks over a thousand years ago inside an immense hollow in granite rock, covering it like a roof.

We’re sure that you will enjoy the beautiful countryside on your way there and you’ll have fun visiting the abandoned quarries which are just about three miles from the town.

Be prepared for a little hike though. You can drive up the hill and get pretty close to the abandoned quarries, but the final part is walking on a country path for about a quarter of a mile. Today, the marble looks gray, but that’s just the patina, pour some water on it and you’ll see the real color!

We’re pretty sure that, once there, you’ll have fun climbing on the half-finish column that’s still sitting there and “ride” it like we did! 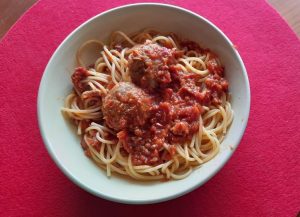 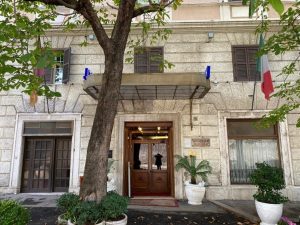 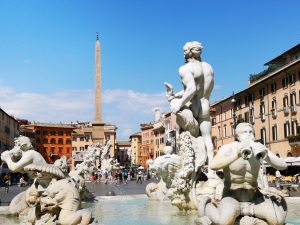 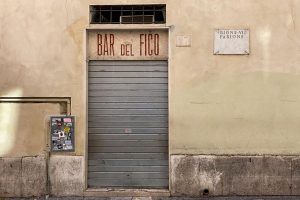