Until a few years ago, when we were doing a full-day tour, and we had to stop for lunch somewhere, one of our favored stops was a place on the Old Appian Way, run by a very nice old lady who cooked very traditional Roman food. No extensive menu, the dishes of the day were just written on a blackboard, you had two or three choices and that was it, but everything was fantastic! Her name was Franca and she treated us like we were her nephews. The place she ran had been a restaurant of sort since the 1500’s and it still had the original doors! Nonetheless, the building that housed it had been originally the tomb of a Roman noble. 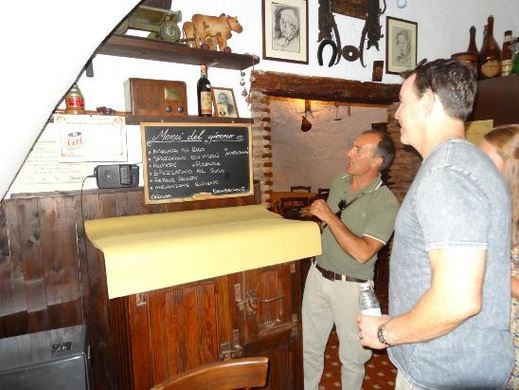 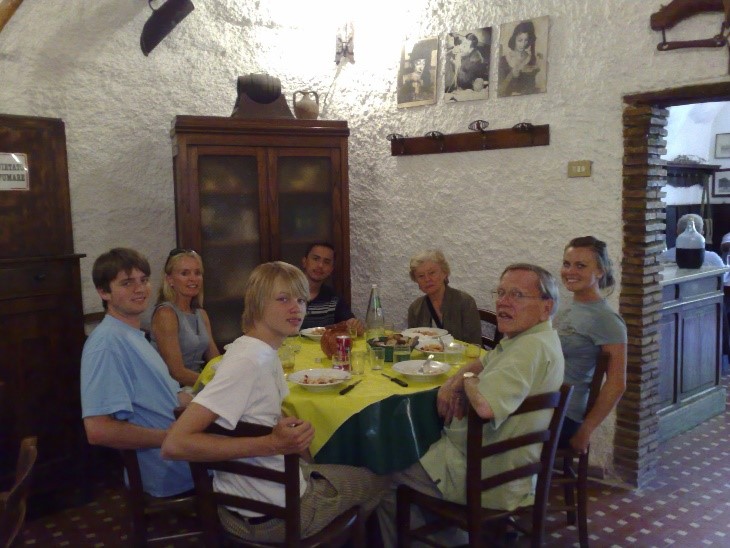 The Gladiator School was very close to this restaurant and often, much to our clients’ amusement, we sat next to the gladiators who had their lunch wearing their armors. What a place this was! Unfortunately, at one point, Franca decided she was too old and tired to keep running the restaurant and, since she lived upstairs and she didn’t want strangers around the house, she did not lease or sell it, she just closed it down. Anyway, one day I went there with an American family and the kids wanted spaghetti ‘n’ meatballs! I told them I didn’t know if such dish was available because, opposite to what everyone in America believes, it’s not an Italian specialty, it’s an American dish.

You can imagine the looks I got from them, which I was prepared for, but I wasn’t prepared for the look I got from Franca when I told her the kids wanted spaghetti with meatballs!
She frowned the same way the clients frowned when I told them that spaghetti and meatballs originated in America, but her frown looked more dangerous, like that of an aunty ready to slap a child who swears.

I tried to calm her down and I explained that in America they have this dish called spaghetti and meatballs, which they think is typical Italian, and it’s nothing but meatballs cooked in tomato sauce which they put on top of the spaghetti. 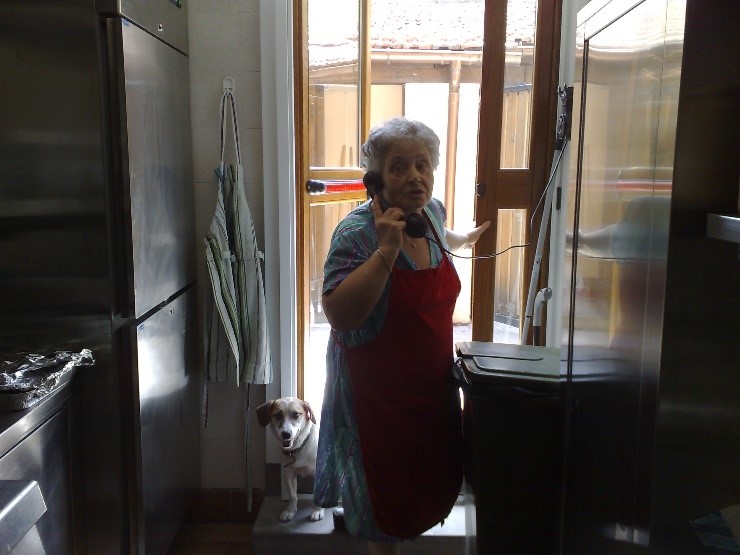 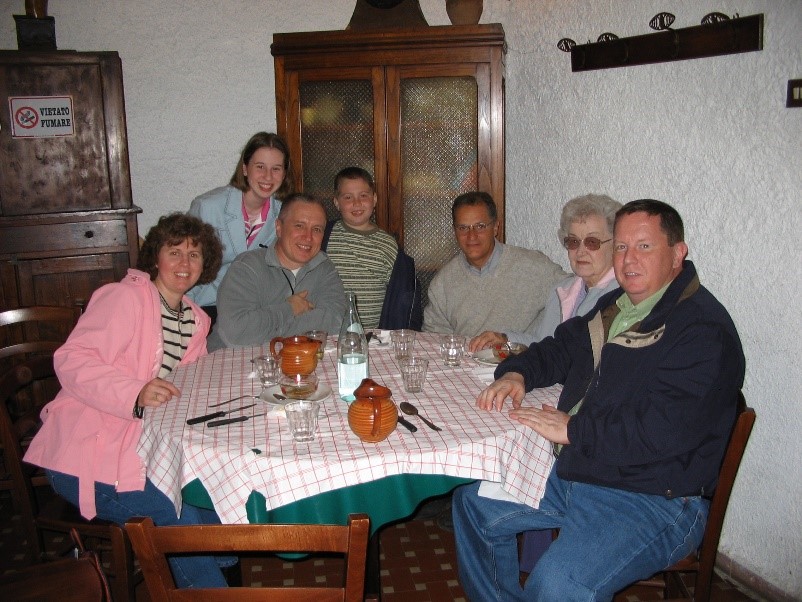 She relaxed a bit and I continued: “I see you have meatballs in tomato sauce in today’s menu, can you just cook some spaghetti and put the meatballs on top of them?
Pretty please?”
“I have to do whaaaat?” These are the exact words she spoke. She looked pretty angry now and said: “I’m not going to do anything like that, I’ll give them the meatballs and the spaghetti with tomato sauce in two separate dishes and if they want to commit this sacrilege of mixing them together, they’ll have to do it themselves!” And she disappeared
in the kitchen.
Until the 1970’s, if I recall correctly, the Italians very rarely had meat, because it was very expensive, and they could only afford to have it once or maybe twice a week.

To make the most out of it, they used minced meat, which they mixed with eggs, cheese, bread plus other ingredients to make meatballs. In the late 1800’s, when the Italians started to emigrate to America, they brought their culinary habits with them and two of the popular Italian specialties were the spaghetti as well as the meatballs. Though in some parts of Italy they used tiny little meatballs to make their tomato and meat sauce, they never put this kind of expensive sauce on top of the poor spaghetti. It was a dish for special occasions, so they put it on top of the egg fettuccine. 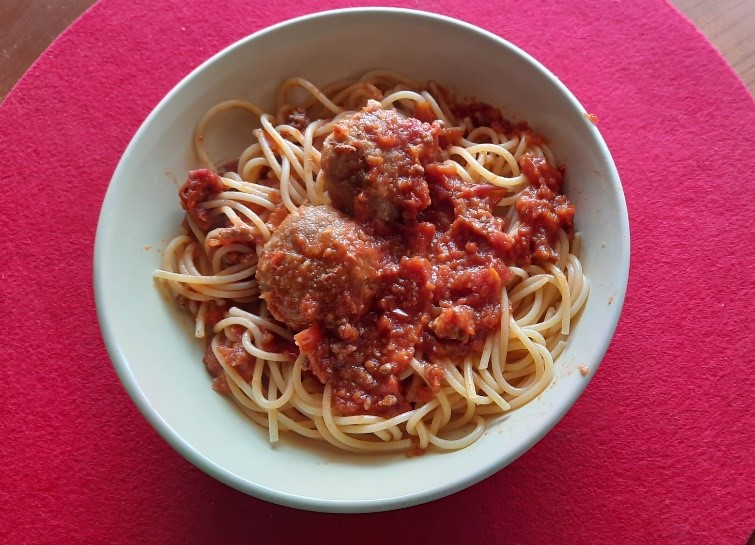 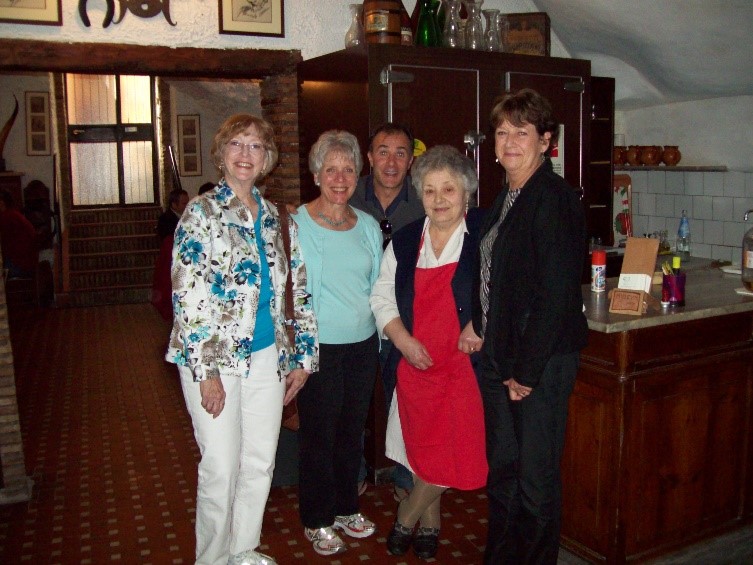 As far as we know, it was an American lady, Juliet Corson, who put spaghetti and meatballs together in the late 1800’s.
Anyway, this is a story from twenty years ago and now, at least here in Rome, you can find spaghetti and meatballs on the menu of many restaurants.
That’s right, after exporting hamburgers, Americans also exported to Italy a typical Italian dish: the spaghetti and meatballs!
We had a lot of fun when we took our clients to Franca’s place. We stopped the car, or cart, and the clients looked at us with a big question mark on their face: “What are we doing here ?” because it looked like we had stopped in the middle
of nowhere.

You had to know you could get food there, otherwise you’d never guess! 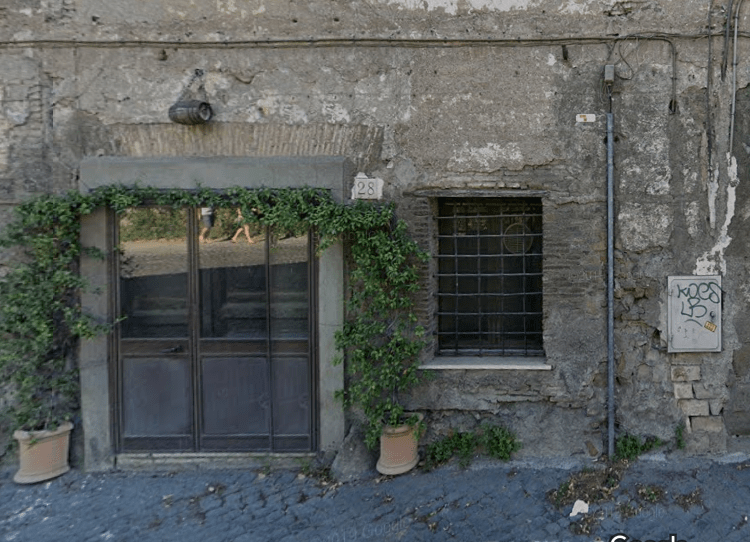